There’s a lot of crowds packed into a heaving tube train at 1am on weekends. People are smartly dressed and drunk. A man with a 5 o’clock shadow staggers on, swerving into people as though they were bowling skittles. He holds on to nearby handholds for dear life but the jerky movements of the tube car seem to swing him around like a pinata. The girls sitting near him giggle as he wheels around on the spot. He stinks up the carriage with alcohol but everyone here is drunk, so it doesn’t matter much.

I’ve just come from the 100 Club on Oxford Street – A storied venue filled with aging punks. Middle-aged but again well dressed, they are a South London contingent of erudite working people filling out the dark shadows inside the red walls of the club. Two beers here cost over 11 pounds, but if you live in London that’s normal for you. Pictures of Johnny Rotten and Metallica adorn the walls from the past. The toilet is as authentically run down as you’d expect for the 100 Club – The smell of piss and dry plaster clings to your nostrils and a century of graffiti is positively tattooed into the walls. There’s this strange sense of passing time here and history feels like a crutch that keeps the lights on. Despite this, the consuming pervasiveness of capitalism from Oxford Street omnipotently surrounds the place like a miasmic cloud. When people come here they are back in 1982 and doing drugs in the toilet cubicles but when they leave they are a commuter going home to their expensive rented flat, where hyperinflated rent prices have people paying premium prices for inhospitable holes in the earth.

It makes me wonder how places like the 100 Club are still able to thrive and how much of that is down to historical reputation. People long for the aesthetics of a bygone era. That’s why you sometimes get unmarked jazz bars, where a nondescript doorway in an alleyway gives way to smoulderingly ancient clubs with jazz music filtering over people’s bored rambling. We want to feel like we’re Jack Kerouac or Neal Cassady. Some wandering romantics trying the handles of old doors until we stumble upon charming dive bars where people are smoking and talking to women. Places like that are just a fantasy. London, unfortunately, is dead guilty of manufacturing more dreams than you could possibly have the money to pay for.

The South Londoners that crowded that place on the weekend are working people. Painters and decorators with an old creative flair. Office Admin with long dreams of music and poetry. Brick Layers and professional full-time gamblers who used to slam their heads together dancing in the 70’s and 80’s. London, though, isn’t a city of working people anymore. London is a city of bankers and corporate managers. It’s a place for company leads and recruitment agencies to take multi-million-pound contracts from the arms industry. A place where the obscene wealth of Arab royalty has pride of place beside architects and marketing executives. Rent is sky high, by the way. Sorry if you grew up here. If you didn’t get a university education you’ll just have to leave and go somewhere else. 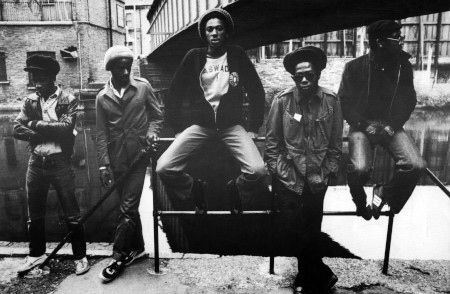 It’s thanks to London’s wealthy friendships, then, that it amazes me when people are actually able to live in places like Brixton. I grew up in Woolwich, where, much like Brixton, the dark hand of gentrification is slowly having its way with the housing market. But years ago I used to see people stomp on the heads of other people they didn’t like. Kicking and stamping their face in at the skatepark which, oddly enough, also smelled like piss, but maybe that was just the waft from the Thames nearby. I struggle to comprehend the reality of the city I grew up in. The city that I matured under and suffered under, had life-threatening experiences under. The place that aged me too quickly as a teenager does so now as a thirtysomething by attrition alone. Making me feel unwanted, financially, in a renting market that is as hostile as the kickings I used to take in Welling and Shooters Hill and Woolwich and Eltham. Just like the 100 Club, we crowd into places with a long, authentic human history and pay through the noses to be there. To experience a London Town that’s long gone. When people were close to the dirt. People want to feel like the unsung heroes. The street people who lived hand to whiskey, who were romantic drunks, who drank and loved with extremes, with no dull in-between.

Capitalism is smart. It knows simply controlling the economy isn’t good enough – it needed to control culture, as well. Now it gets to sell your old authentic lives back to you and some small cabal of people, somewhere, are making a killing. Capitalism knows what you value: experience, emotion, romance, sex, catharsis and passion before the pursuit of money, status and wealth. It’ll take advantage of your gullible human pride by repackaging authenticity and selling it back to you at ten times the cost. It doesn’t matter how authentic it actually is or how connected to its origins it is – it knows you’ll cough up the cash to feel something real. That, in some way, is why people go to the 100 Club. It seems that for now at least. It has juked the suffocating clouds of capitalism and remains true to something, even if that something comes off as a little old-fashioned and stinking of piss, it’s still something. And being something is hard when much of our lives is such an inauthentic sham. Sometimes you have to wonder how happy we really are when we’re clattered together in sweaty tube trains going to jobs that make us wish we were anything but what we actually are.

Living here is like some flickering videotape, an android world of recreations, of replicants and variations of a theme, a copy of a copy. Being truly authentic is now some small human victory. The equivalent of plunging your hand in the mud and pulling out clumps of compost and worms and roots and holding it up to the sun like some mad tyrant. Whatever you do in 2018, just know that your authenticity can’t be bought with money, no matter how much those heroin-chic cocktail bars tell you it can. Being yourself shouldn’t ever cost a penny.