A sparse acoustic guitar plucks a shy tune over the laconic drawl of Aiden Moffat, singer of Arab Strap, as he begins his almost 5-minute long diatribe dedicated to the first big weekend of the summer. A driving kick drum stomps a beat that’s as consistent and clean as anything you’d hear on an electro record thudding away behind the brick walls of a club at 11pm. Lurking beneath the surface of this menacing pounding is the twinkly, folksy guitar plucking of Malcolm Middleton, sounding every bit as anachronistic as you’d think. Somehow, though, it fits perfectly.

This provides a somewhat contradictory background to Aiden talking us through a weekend on the town with pals, grabbing us by the hand through the mundane, through the excitement and misery, through booze soaked shirts and acrid smoke of house parties and pubs – the honesty of it is as striking as it is unique. This is the opening beats to The First Big Weekend by Arab Strap – one of the most intimate and honest bands you’ll ever find.

They’re intimate and honest precisely because of the unflinching dedication to the minutiae of the moment, something that introduces an almost documentarian vibe to the tangled hair of masculinity that sinks its roots deep into the moody atmospheres of Straps great sound. Their music was both a naked therapy session and a sly wink and a nod to the listener. Prepare yourself for a brutally frank confrontation with your own objectification, your own sexuality, your loneliness, and friendships – often sang through a haze of booze. You may not enjoy every song on every album, but you’ll walk away from it feeling like you’ve actually lived. 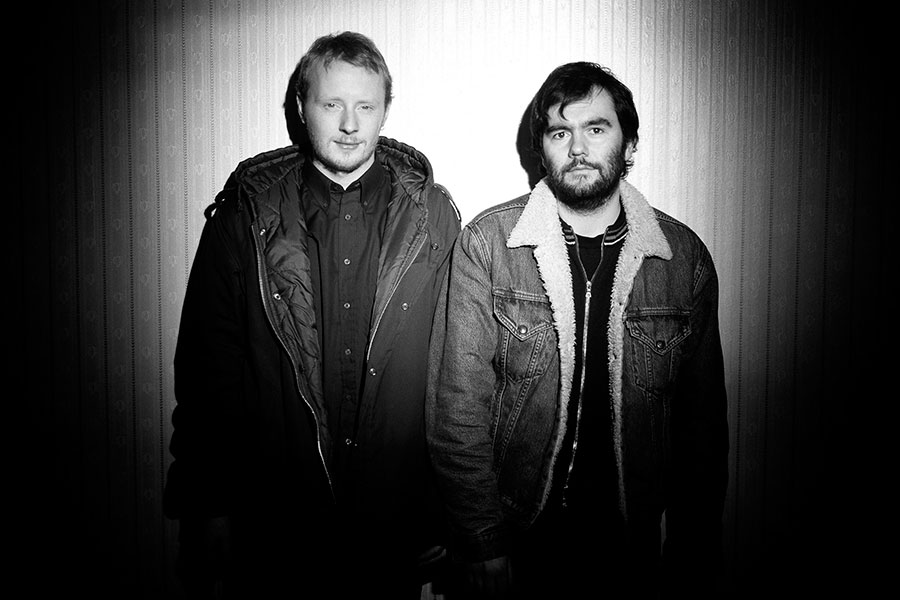 It’s that honesty that disarms you at first. You’ll be forgiven for thinking of Arab Strap as a somber, almost funereal treatise on sadness with their glacially slow guitar tracks and repetitive electro flavoured drum beats. But the humour and deflective blasts of sarcasm by Aidan often dissuade that grim poet image, turning them from grim miserablists to self-effacing, self-lacerating romantic jokers. Often, Arab Strap are as funny as they are bitter, as romantic as they are alone, as infatuated as they are mundane. They are attempting to encompass masculinity from the everyday mundanity, the miserable, lonely depths to the ecstatic beer-soaked highs. They are remarkably complex and all-encompassing for such a personal and intimate band.

The Clearing was my own personal introduction to Arab Strap – a sober tune of longing by way of infatuation. A distorted and damaged drum beat cuts a pulsating line through the entrenched sadness of Malcolm Middleton’s guitar with Aiden laying out the depths of infatuation with a girl and wanting it to be more. Inflections of shame and regret positively lacerate the song, with Aiden proclaiming “I want to own her […] I can’t explore her if I ignore her” – a sobering confrontation of his own desire to “own” the woman he’s infatuated as Malcolm’s guitar providing a grim soundtrack to the confessions. Aidans soft. shame inflected voice makes these words feel stabbed into the skin like a tattoo. That’s what great songwriting is – in less capable hands it would be easy to write it off as some Motley Crue style lecherous debauchery but the layers of shame and guilt worked into the fabric of the song give it a much more complicated, more confessional tone.

Often Aidan sings about people with exhausted bitterness. His songs are littered with allusions to exes with venom on his lips: “She’s probably still a bitch anyway”. These dark thuds of depression are a hallmark of the Arab Strap sound. The pushing away of the past, the clinging memories and hurtful remains of people stain the sound of Arab Strap’s music. Toxic masculinity and depression bare a close relationship, something that seems to exist within the Straps music. Aidan and Malcolm land on the side of the documentarians. They show us the reality of these men who have been so damaged. Revealing that they themselves could be as damaged as their more toxic counterparts and laying out the foundations of how such men are made: depression, anxiety, loss, despair, agony, and emotional dissociation.

You could comfortable describe Arab Strap as storytellers; Shambling raconteurs racked with guilt and shame. They weave portraits of masculinity intertwined with love and sex and identity, often just detailing the mundane aspects of a night out as a backdrop for their stark confessional lectures. Arab Strap deserves respect for the honesty put on display – for painting a picture of men that is more complex than simply egotistical posturing. They were honest about everything to a fault, especially the grizzly details. There may never be another Arab Strap, but for now, their music lives in a timeless, emotionally fraught vacuum.