One of the great things about the internet is the ability to read, listen and learn about long dead sub-cultures from the mists of time from the comfort of a couch or bed – the potential to broaden your horizon and to learn about the world that came before isn’t something to be sniffed at. Indeed, if you roll the clocks back 15 years or so you’ll discover a 15 year old reading about bands like Black Flag, Bad Brains and Minor Threat on terribly maintained, ancient-even-for-back-then websites and side-eyeing the Blink 182 CD you bought at a high street supermarket. Hardcore Punk was an especially explosive vein of punk rock that splintered off from its art rock foundations and into true outlaw territory at the dawning of 80’s Reagan America where it’s styling’s were spectacularly low-brow and guttural and it’s attitude was less ‘be yourself’ and more ‘I am a socially wounded outcast and I’ve got the broken bones to prove it’

From the confines of a South East London bedroom in the early 2000’s it’s easy to read the wild-eyed Hardcore memoirs from books like American Hardcore and Our Band Could Be Your Life as Mad Maxesque fantasy tales – groups of diverse lunatics traversing the American Wasteland of 80’s Reaganomics with nothing but a chocolate bar to their name is an intoxicatingly adventurous image – the teenage outlaws creating a network of zines, shows and music, complete with its own social rules and journalism and self-effacing meta humour and politics is wonderful to read about and to an impressionable young outcast at age 15, it made a lasting impression on my little mind. 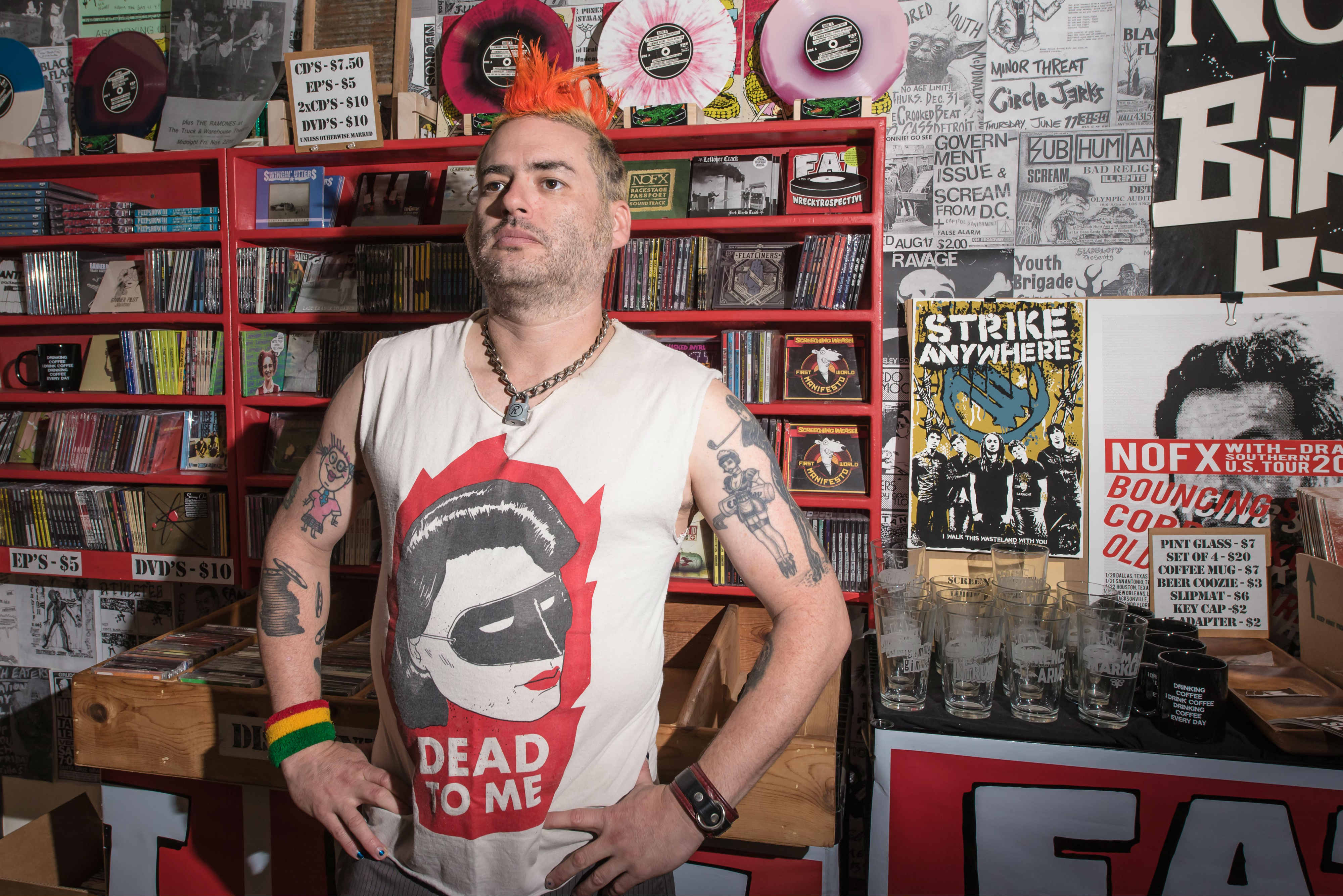 But something about NOFX’s audio book of “Hepatitis Bathtub and Other Stories” is incredibly alarming not just because the band mates themselves fail to do their best reading voices (much to the perversely awkward enjoyment of the listener) but mostly because it’s such a sobering, off-kilter take on the traditional nostalgia tinged memoirs of Hardcore Punk in 80’s America. What is most surprising is the degree of violence and misery that seemed to plague the LA scene – A scene that NOFX band members seemed to be up to their necks in – the crew go into much deeper detail about the LA Punk Gangs, topics only previously lightly brushed over in an attempt to air brush some of the real nastiness from people’s nostalgia. Many of the tales from the bands early days involve violence, drug addiction, vomit, blood, urine, and even cold hard death. The nihilism that beleaguered much of the LA Punk scene is written about in blunt honesty by NOFX front man Fat Mike. His cold, laconic tone and slightly unpolished delivery only helps to further communicate just how horribly numb the culture was to violence and death – it just seemed normal. And yet, reading about it out of context, it feels like anything but. As an example a story of Mikes athlete friend getting stabbed through the torso at a show is regaled with almost sad numbness – the tiredness in Mike’s delivery is palpable, especially as he listlessly tells the viewer that his buddy was never able to play football again.

It’s hard to truly describe some of the chaos detailed in many of the band members’ stories and indeed to do so would be spoilerific. Needless to say, even without the grim death marches of the early 80’s LA Punk scene, the rest of the bands tale is a riotous journey through rock and roll mayhem. While NOFX escapes the anger fuelled punching festival of the 80’s they find fame in the 90’s alongside Greenday and The Offspring et al where the audio book regales their brave decision to stay independent in a time where punk bands were raking in the cash. Personal demons, drug abuse and remnants of their rocky past remain a constant threat throughout their story of success, to the point where you start to wonder what a miracle it is that NOFX have kept the wheels on for so long. But what’s even more impressive than that is that it was all done with a smile on their faces.

Amidst the wreckage of vomit splattered punk rock anarchy lays a story of unbreakable friendship in the face of some of the worst tragedies someone could fathom. It’s a survival story, one where our bruised anti-heroes only ever find redemption while hitting rock bottom but most importantly, it’s a lesson that flying the freak flag is sometimes the only way to be. By the time the breathtaking 12 hours of audio is done, you’ll emerge with a new found appreciation of not just NOFX, but punk ideology in general. An appreciation that maintaining some scrap of dignity in this rotten world is often all we have in the face of pure oblivion.