Bloodborne – It’s a tale of a city driven mad by beast blood. A game where grotesque humans have become malformed beasts roaming around a burning city and where Hunters have hastily banded together to hunt the abominations into extinction. Yharnam is the setting for FromSoftware’s excellent Bloodborne from 2015 but recent developments in games media have lead to renewed interest in the game. Weeks ago, a monster previously only seen in b-roll footage for the game’s advertising was found deep in the games mysterious chalice dungeons, and job-postings for 2D artists for a “Dark Fantasy game” seem to point at FromSoftwares offices in Japan. With PSX 2017 just over the horizon, lots of people are expecting the Japanese studio to announce Bloodborne 2.

Thanks to that rumour mill I myself had a recent excursion back into Yharnam’s dismal streets. Bloodborne is possibly FromSoftware’s most unique game to date, being as it is a completely airtight retelling of classic HP Lovecraft tropes albeit in a brand new context. Introducing a new generation to Lovecraftian horror is no walk in the park – it proves both the possibility of video games and the incredible talent of the development team over at FromSoftware to pull off something with such style and success. As it turns out, video games and FromSoftware’s groundbreaking talent with environmental storytelling is a perfect fit for Lovecraftian horror. 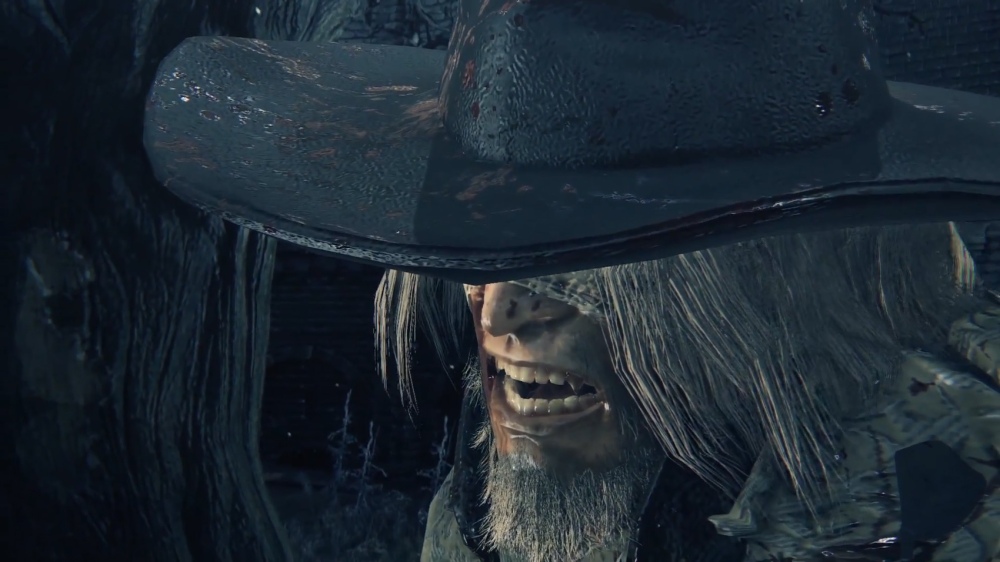 While Dark Souls has become an unfortunate cliche Bloodborne remains totally unique among FromSoftwares cannon of tough action RPG games. Not only is Dark Souls party to near-neanderthal levels of machismo (“Git gud” anyone?) but it’s association with a genre it helped to create has now been flooded with derivatives that continue to misunderstand the core ideas of Dark Souls. With that in mind, it seems the time is right to look at the blood red horizon and see if FromSoftware has anything original up their sleeve. You only have to look at Bloodborne to remind yourself that if anyone is capable of this – it’s FromSoftware. Along with an expected dark fantasy action RPG as per fan expectations (groan), there will also be another Armoured Core game as well (more groans). Perhaps most intriguingly, however, fans are promised “something weird” – it’s that something weird that I’m excited to see and fans of idiosyncratic oddities should get excited about that.

Bloodborne itself is a story of human irrelevance and existential terror that ropes you in with traditional, rote horror clichés like werewolves, Victorian top hats, a gothic, Victorian-era style European city. But roughly 20 hours in and it begins to yank the carpet from under you with cosmic entities, otherworldly dread and the latent insignificance of humanity – the only thing scarier than a werewolf eating your head is the realization that all you’ve ever lived for might just be for nothing. It’s like what being Theresa May probably feels like. 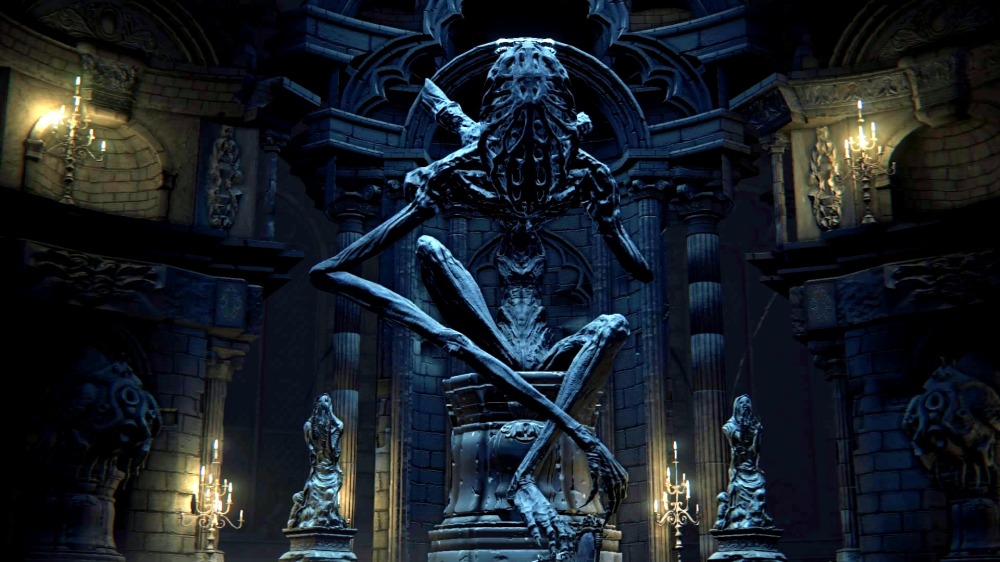 The marketing for Bloodborne helped mask an excellently brewed reveal until well over halfway through the games main story. To the outsider, Bloodborne was going to be a Victorian-era Dark Souls, and we were all absolutely fine with that. But the slow brewing of a handful of disparate eldrich elements meant a horrific revelation about the nature of Yharnam would be both grim and awe-inspiring at the same time. Grim because it shoves the objectives and hopes of humanity right out of the window and awe-inspiring because my god I can’t look away look at those tentacles jesus christ is that an 8 legged alien on that building oh god everything is pointless nothing means anything help help help help

The other surprise with Bloodborne is that it actually scales back a lot of the features that makes Dark Souls so good – stuff like varied character builds, huge arsenals of weaponry, a boiling cauldron of stats and a nearly 60-hour running time is jettisoned in favour of a tighter more focused experience. Experienced souls veterans would baulk at this, but FromSoftwares clever and imaginative use of subtlety ensure a more interesting take on Lovecraftian horror – taking only the elements that matter and leaving behind those that don’t? in an industry of iterative design philosophies that’s bloody brave.

And this is exactly why the weird option on Fromsoftware’s menu is the most intriguing of all. Bloodborne may have conformed to expectations in some ways, but it’s also its own horrific beast, a monster of its own idiosyncrasies and origins. FromSoftware is in a perfect position to surprise us all. To crowd please the masses with more souls-esque traditionalism at this stage would seem like a step back. Me, however? I’m waiting for their next big shocking surprise. C’mon Miyazaki. Don’t let us down.