I’ve absconded from the PC.

Years of working at a desk have made me allergic to actually sitting at one in any other capacity so naturally the prospect of Steam sales, of configuring PC games to work with mods, or just sitting down to play a game feels like work, let alone sitting at a desk to “fix” a problem with my computer. The act of sitting at a desk is now forever tainted by the dreaded necessity of work. That shouldn’t be the case.

It was like some divine treaty from a part of my brain long since abandoned – but something compelled me to sit at the PC tonight. I’d read about this game called Ion Fury on Steam and I realised I’d actually bought it ages ago and never actually played it.

Ion Fury is a throwback to Build Engine games of the past, Shadow Warrior, Duke Nukem 3D – complete with chunky pixels and extremely terrible one-liners that were old news even in the ’90s. This game has all of that, for better or worse, but filtered through the lens of updated modern sensibilities. The level design is extremely dense. Levels seem to be almost overflowing with details and pathways and rooms and little nooks and crannies that make traversing the games grungy cyberpunk environs a sizeable, meaty task all on its own. One level will last 30-45 minutes and you’ll be ready to take a breather after that. That’s not a complaint, mind you. It’s great to be immersed, and indeed almost lost in these great throwback environments. Something about the voxel graphics and the chunky pixels seems to vibe really well with the aesthetic the game puts across. Seedy porno shops, brick alleyways lit up by a nearby streets neon signs, police sirens seem to echo into the night and rain drenches the sidewalks – the atmosphere is better here in this throwback, old school game, built on legit old tech, than in any other game this year. Proof positive, as if we needed it, that what often makes the character of a game isn’t how flashy it’s engine, but how talented it’s artists.

So that went well. An hour of solid blasting and I had started to get the itch again. I’d remembered how I’d spend long evenings like this in the early 2000s. Locked into a loveless bubble of solitude, finding something to do that didn’t involve any other people. It was a pretty isolated way to grow up, to be honest with you and when I closed down Ion Fury I started to feel nostalgic for all of that, for some reason. There was something about being a teenage boy that meant I loved to be locked away in my little cave of a room. I’d built a prison for myself made out of comfort, out of music and video games and movies. Sitting here at my desk in 2019, I started to get a yearning for that familiarity. For a time that, actually, wasn’t really that great. It’s funny what time can do to a memory. It’s like you remember how bad that situation was and you almost miss it. You miss how familiar that feels.

I might be slightly lying about how long it’s been since I’ve sat at my PC. Technically speaking, it wasn’t that long ago. For one, I was a regular PUBGist a while back, especially around the time it launched and indeed my Steam account has racked up well over 600 hours on the game, but tonight I was reminded why I stopped – why I think games like Apex Legends has that corner of the market scouted better. A tense, 30-minute trudge through Russian countryside, the odd gunshot peppering the hillsides and the desolate towns, eventually resulted in a rather dull end for your esteemed author. Shot in the back unceremoniously, and unsportsmanlike, by a coward who already had better gear than me. Well, chump, enjoy the bandages you peeled from my corpse. It wasn’t worth the half an hour I poured into them.

I’m not salty I lost. Well, okay, I am a bit. Instead, I’m saltier that such tension can rack up so far yet have nothing to show for it. The inner storyteller in me is disappointed that the payoff was so weak. That the brilliant scene-setting and atmosphere of a standard game of PUBG can be dashed upon the rocks by an opportunistic sniper. That it can be ended in such a cowardly way, that I could do nothing to stop it from happening, meant that it went from being poetic to just plain bullshit. I sat and stared at the death screen and slouched in my chair, sighing. Maybe PUBG was too recent. My penchant for nostalgia was not satisfied. I was for something beautiful. Something truly memorable and, for the time, groundbreaking.

It wasn’t enough that Half-Life was an astounding cinematic tour-de-force at the time, that the coherency of the world-building was so brilliantly executed, that the mystery of its details was so expertly woven into the game. It wasn’t enough that the set pieces were spectacularly thrilling for the time. What truly kept Half-Life on my machine for so long (and indeed to this day) was mods. It was customization.

Valve did something smart with Half-Life – taking after the hacker ethics of their contemporaries at id Software, they cultivated a thriving mod community for Half-Life that I have extremely fond memories for. Back in the day, if you could imagine little Graham Clark, there alone in his room, not a lot of friends in the real world but online…? well, still no friends, really, but I was active on all the popular mod forums and IRC chats back in the day (IRC? There you go folks, I am officially old)

But I absolutely adored Half-Life for this. I adored Day of Defeat, Counter-Strike, Team Fortress Classic. I played them endlessly, with strangers, getting utterly trounced but I didn’t care because this was all free. But nothing sets my nostalgia on fire more than Sven Co-Op. Even though I breezed through the excellent ‘Surface Tension’ chapter of Half-Life this evening, what I truly hungered for was more Sven

Luckily, and through the modern wonder of Steam itself, I can have Sven Co-Op beamed down the magic internet tubes and into my computer with ease. Back in the day, I connected to our old 56k modem for an entire day while I was at school and eagerly downloaded the latest Sven Co-Op updates excruciatingly slowly. My father was furious when I got home because it had knocked our phone line out for the entire day (there goes my age again, folks!) but I didn’t care. To me, it was worth it. Worth it to spend another evening enveloped in the mad, lunatic fringes of the Sven Co-Op community. A mod where almost anything was possible.

But, you know, this post is all too bittersweet. Because PC gaming is a hobby for the privileged, both for those in financial privilege and for those rich in spare time. Sadly, dear readers, I am neither of those. PC’s get old, they tire and waiver badly, slowing from an unstoppable sprint right down to a wheezing jog and then finally down to an incapacitated crawl. My PC is definitely in it’s “wheezing jog” years right now and, quite frankly, having a PlayStation that always just works has changed how I play video games by quite a huge margin. I’m too used to games being beamed down the line to my PS4 in an instant, too spoiled by the included party chat options, with the ease of which everything is set up, with how comfy my wonderful couch is – a PC, now, just seems archaic by comparison, despite knowing how to do all of that myself. It’s just easier to slouch and believe in Sony’s infinite wisdom. That, my friends, is called being a tired adult. The ease of which a PlayStation just does everything I want it to, coupled with years of desk jobs has ruined any joy that I had for PC gaming. I enjoyed my brief foray back into my teen years – whether it’ll stick from here on out, though, is anyone’s guess. 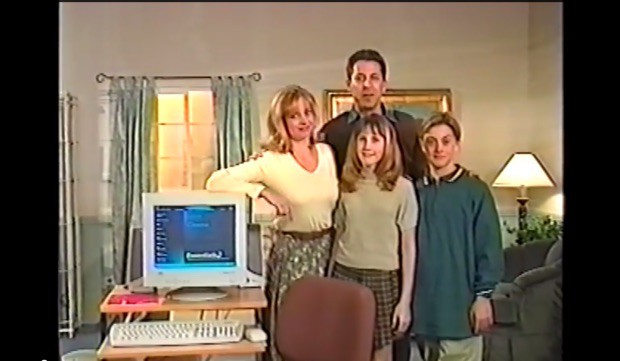