If I was going to characterize the comments section of any website on the internet in a picture, the work of Otto Dix seems to slot right into my minds eye. Rage and dramatic histrionic displays are so common online that if it were to be physically recreated in the real world it would look like something akin to a blackened din of hell. A morbid neverending war of two sides who take an eternity of pain out of each other for the crime of not agreeing. Thanks to the internet the masks we wear online tend to give us bravery we wouldn’t normally have and as online spaces tend to be our go-to place to debate our favourite topics it’s easy to see how discussion quickly spirals into bloodletting. With no filter and no reason to be civil, this was always going to happen. We are, after all, only human. And respect doesn’t necessarily come natural.

Virginia, then, is a brand new interactive story game about an internal police investigation – I can’t comment much on the quality of the game as I haven’t played it yet but I do however have an opinion on its critical reception from some of the dimmer corners of the internet. Virginia is the latest interactive story experience to be branded with the heretical black hand of shame that is “walking simulator”. Presumably walking simulator is intended to be a slant against the genre’s tendancy to forgoe traditional game mechanics and champion a “no win” state or its decision to prioritise story telling and environmental narrative techniques over competition and tangible “gamified” design choices. It’s almost as if the intention behind the term ‘walking simulator’ is designed to make the reader believe that experimenting with the form of video games is not worthy or somehow uncool if it doesn’t feature a body count in the millions and high resolution explosions. It’s a little bit sad to see that the brighter minds of the industry might be put off from being a little bit experimental because it may raise the ire of traditionalists.

As with anything online, outrage tends to be a very loud and very vocal storm in a teacup scenario where like-minded stupids have worked themselves into such a frenzy that their voices all pinned together in one place is often enough to trick you into thinking more people than is truly reflective believe in the rage and hyperbole. It’s a strange, hypnotic cycle that feeds itself into a contradictory state where a game can garner “generally positive” ratings on steam yet the top page of user reviews are a bleak wasteland of red downvotes. Debates like the one surrounding Virginia come from nothing and billows outwards, so it’s important to remember that the outrage comes from a very loud minority of idiots but it often leaves me wondering why is being different so hated?
Is it the lack of traditional game mechanics that get people so uptight? Perhaps the lack of any goal or anything ‘to do’ in the traditional gaming sense is what causes so much friction? or is it the representation of other cultures? Of people who they attribute toxic online debates to or of social groups they simply don’t like? in reality, I think it’s somewhat a mixture between the two. As the years have rattled on since 2013’s Gone Home the rise of the genre has given birth to a wide array of similiar titles. In a lot of cases, these games simply happen to have characters that don’t typically fall into the white male spectrum. Gone Home for example is guilty of two counts of representing a social group that isn’t white men because it’s about both women and gay people at the same time. Something like The Stanley Parable somehow gets a free pass though and I have a feeling it has something to do with the pedigree of talent behind the game and the origins of the title itself. The tone of the game is decidedly ‘inward’ too in a way that is so meta and ‘of’ video games I can sort of see why it gets off lightly in comparison. I don’t agree with it, mind you, and by my estimation both games push the envelope in their own little way. It’s just completely bizarre and baffling in the extreme for games like Gone Home to be dragged through the mud for simply being different.

I haven’t played Virginia yet but it’s already in danger of the same fate as Gone Home landing at its feet by simply featuring a black woman. And as the inimitable shouty genius Jim Sterling pointed out in his recent video on the subject, if the thing that upsets you about these settings is the fact that the heroes of these games aren’t white and male, well… Maybe you’re the bad person. 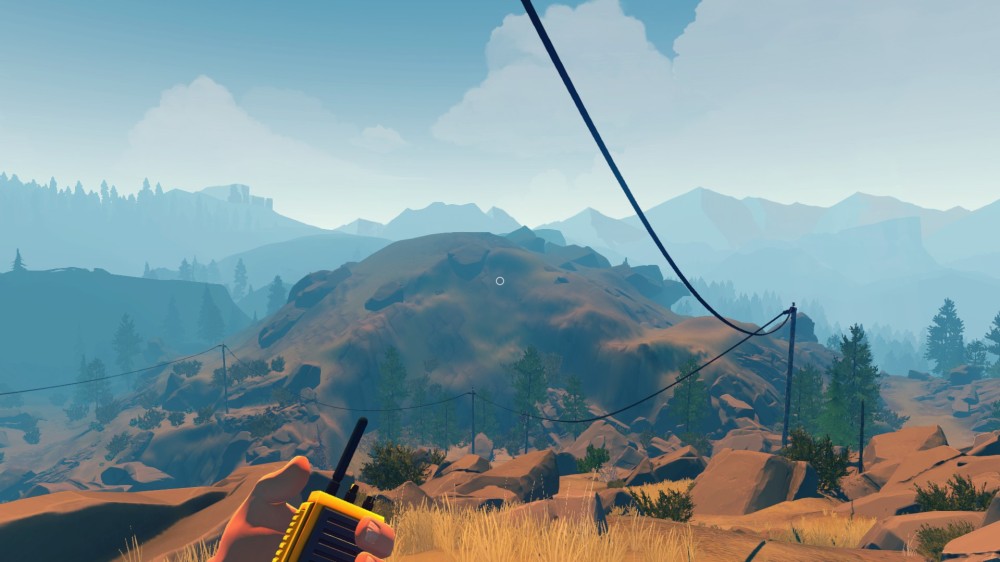 The corporate nature of the industry has a lot to do with how gamers react to alternative lifestyles too and it’s no secret that AAA publishers broadly aim their titles towards the fabled 18 to 24 year old market and by extension the urge to appeal to young men immediately inhibits what a creative may want to do under the yoke of the corporate machine. When Call of Duty regularly shifts millions of units every single year, what do you think Activision or EA will base their next intellectual property on? It will of course be a variation on a theme and it’s much harder to say ‘yes’ to a black woman as a lead than it is to a white male if the latter has already proven to be a winner. This isn’t a conspiracy, this is real life. This is how all corporations work and they have always cast their votes on proven themes or tried and tested methods. The line goes on and on, it goes very deep, and it’s strange that gamers would happily become the corporate shock troops to champion this very strange status quo. But that’s where indie games come in. Maybe the solution to the problem is succeeding entirely from the state and claiming your land elsewhere? Many indie developers have already done just that. Even the Gone Home developers were refugees from the corporate machine. Perhaps what could even the odds is simply doubling down on what you love and being as honest as possible but merely doing it elsewhere, almost in opposition to the ignorance that blights our culture?

What struck me most about Gone Home, Firewatch and others is just how much they trusted players to take the content of their stories seriously. Firewatch for example is about a depressed fire warden whose marriage has slowly crumbled away before his eyes. This is pretty heavy stuff, it’s the sort of very real emotions that even someone reading this blog may experience one day. Firewatch trusts that you aren’t just in this for the killing and the competition. It’s asking you to understand what these people are going through. I was seriously stunned by how grown up and mature these titles felt and that finally we’re swerving out of the murky Forrest of gaming that believes strip clubs and blood accounts for maturity in story telling merely because it has an 18 rating. If this is the type of games that are so dangerous, offensive and loathed that it deserves some kind of eye-rolling swear word attached to it then sign me up. I’m a fan of walking sims, then. Because if pushing the envelope a little is seen as too much, then I’m instantly interested in that. And perhaps developers should take this into account when crafting something brand new.

In reality, most people will play Virginia and will either love it or loathe it and move on with their lives. Things we dislike get ignored. Things we love become cherished. But those with an agenda will remember and those people are always the minority. It’s tempting to take the moniker of walking simulator and feel somehow slighted by its inflections but of being a little bit different and experimental is something to be derided and earns you the red hot brand of death then why not be proud of it? Why not reclaim the term and use it for good? If walking simulators are to be synonymous with innovation then wear the term proudly and let stupidity pass you by.

One thought on “Reclaiming “walking simulators””