Storytelling in games is an experiment that few games have successfully managed to fully grasp. This often means that games will either be a distracting spectacle of explosions and frivolity or they’ll double down on cinematic excellence to compete with their celluloid cousins. Not that that’s a bad thing, mind you. Games like The Last of Us and The Last Guardian both have wonderful stories that perfectly intertwine video game problem solving with the narrative heft of a well written movie but it’s also justifiably linear. Safe, even. Tyranny, then, has an interesting problem in front of it: How do you tell a great story without crushing the game play, without it becoming nothing more than an interactive novel?

In Tyranny, the world of Terratus is close to total domination at the hands of Kyros, an all-seeing godlike entity whose 400 year campaign to conquer the world is only now drawing to a close. At the start of the game, you are tasked with finishing the final years of conquest by way of choose your own adventure style moral quandaries. The choices you make here reverberate through many of the games key flash points. As well as setting up the players expectations for the rest of the game, it also serves as key exposition for a fractured, dead world, beset by tyranny and oppression. By transforming dull exposition into a kind of introductory mini-game, Obsidian have found a way to tastefully introduce the world and it’s themes to the player in a way that doesn’t feel like a horrendously lazy text dump – A mistake that so many RPG’s (especially Japanese RPG’s) often make.

The real intrigue with Tyranny is how quickly you find yourself plotting and scheming against your allies. It only took me until a third of the way through the game to figure out I needed a long term game plan. A strategy to help me succeed. The setting is so well fleshed out to the player in the opening parts of Tyranny that having a plan to protect yourself, both politically and strategically, seems vital. The system of fear and oppression under the yoke of Kyros is so meticulously detailed that you, yourself, despite all your best intentions, must scheme and backstab to survive. Not only do you pose yourself these questions, unprompted, but the choices in the game take your scheming into account. It dribbles narrative breadcrumbs for you to follow, before offering you a variety of uniquely devilish (and diplomatic) choices for you to undertake. It is the ultimate example of immersive design and role playing. You are asked to play the role of a person with a difficult job in a tough environment. It asks you, how will you survive?

Tyranny achieves this in a smart way – it knows it can’t win the cinematic battle. It knows it can’t be flashy. It won’t win you over with nuanced voice acting or meticulously detailed graphics. Instead, Tyranny leans hard on the literary nature of story telling. Large slabs of the game are told through lengthy, wordy prose. It will pull you in with ornate language and beautiful metaphors and ultimately makes you work for a payoff. Reading your way through Tyranny means you have to invest some part of yourself into the world. Instead of being off-putting and intimidating, it absorbs you into a world of political intrigue and evil in a way that is much more nuanced than many of it’s genre counterparts. 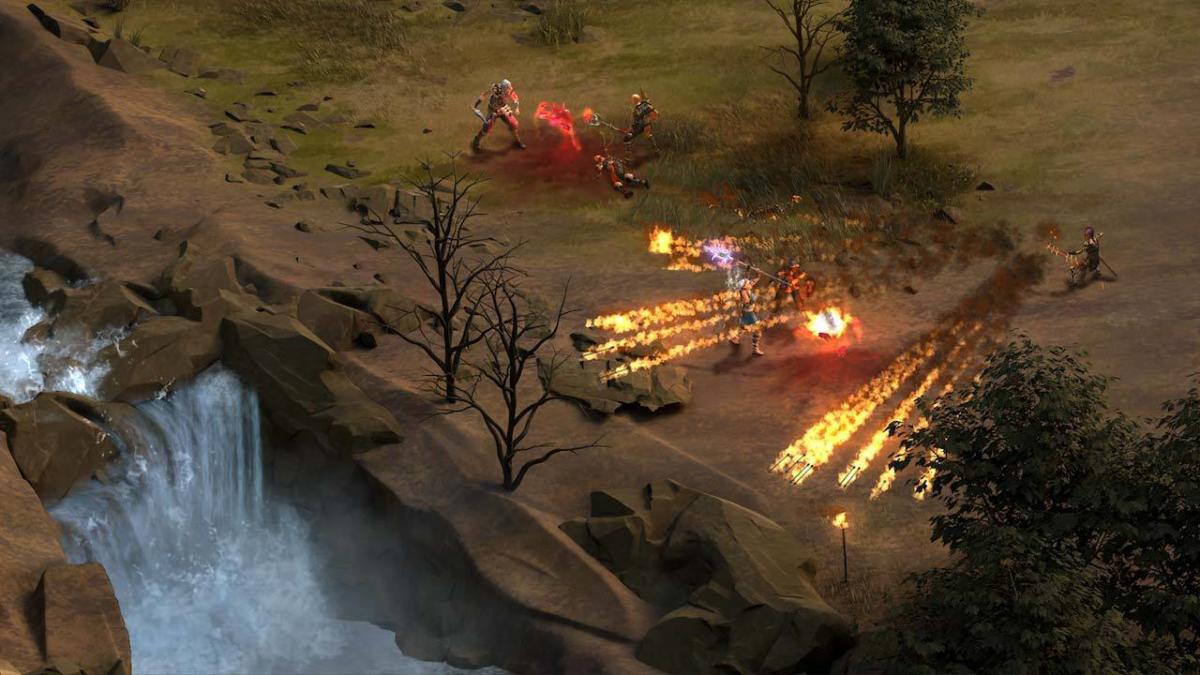 Obsidian have managed to construct this ornate, brutal world by taking a few ingeniously designed shortcuts. Certain words and phrases are highlighted allowing you to mouse over the verbs or phrases for meanings, contextual references or extensive lore. It doesn’t bore you to death with unskippable, enthusasm-crushing dialogue. You aren’t asked to sit through half an hour cut scenes of terrible on-the-nose exposition. Instead, it respects your time by cutting straight to the juicy bits, the human drama and political skulduggery. It leaves you the option to dig a little deeper if you want to. Text highlighted green specifically relates to previous actions your avatar undertook or player choices made at the start of the game, where as orange text will fill the player in on backstory and lore. Where other games love to drown the player in detail and unwanted explanations, here exposition is undertaken at the players discretion, allowing them to move through the story at a much more organic pace. It’s a wildly refreshing technique that fills the world of Terratus with all the background colour you take for granted in books, movies, television shows – all without wasting the players time, and without sacrificing the interactive element.

Such a tiny design element, but one that allows every other facet of the game to shine through brighter. Even discussions with NPC’s in the world feel slightly better as a result. They’re consistently littered with wild degrees of small and large choices and deviations. Things you utter early on can, and often do, come back to haunt you and the game delicately warns you against throwing unwavering, unambiguous support around without care and caution. You become attuned to navigating the political turmoil of the games world by building up allegiances, by saying the right thing here and there, and by gently massaging powerful people in the right directions. Tyranny is delicate in the way it infers information to the player. It plays with subtlety in a way that most games would completely flounder on, or just simply be too on the nose about. In Tyranny, the smallest of nudges and winks and nods are more easily understood without becoming goofy or brutally obvious. 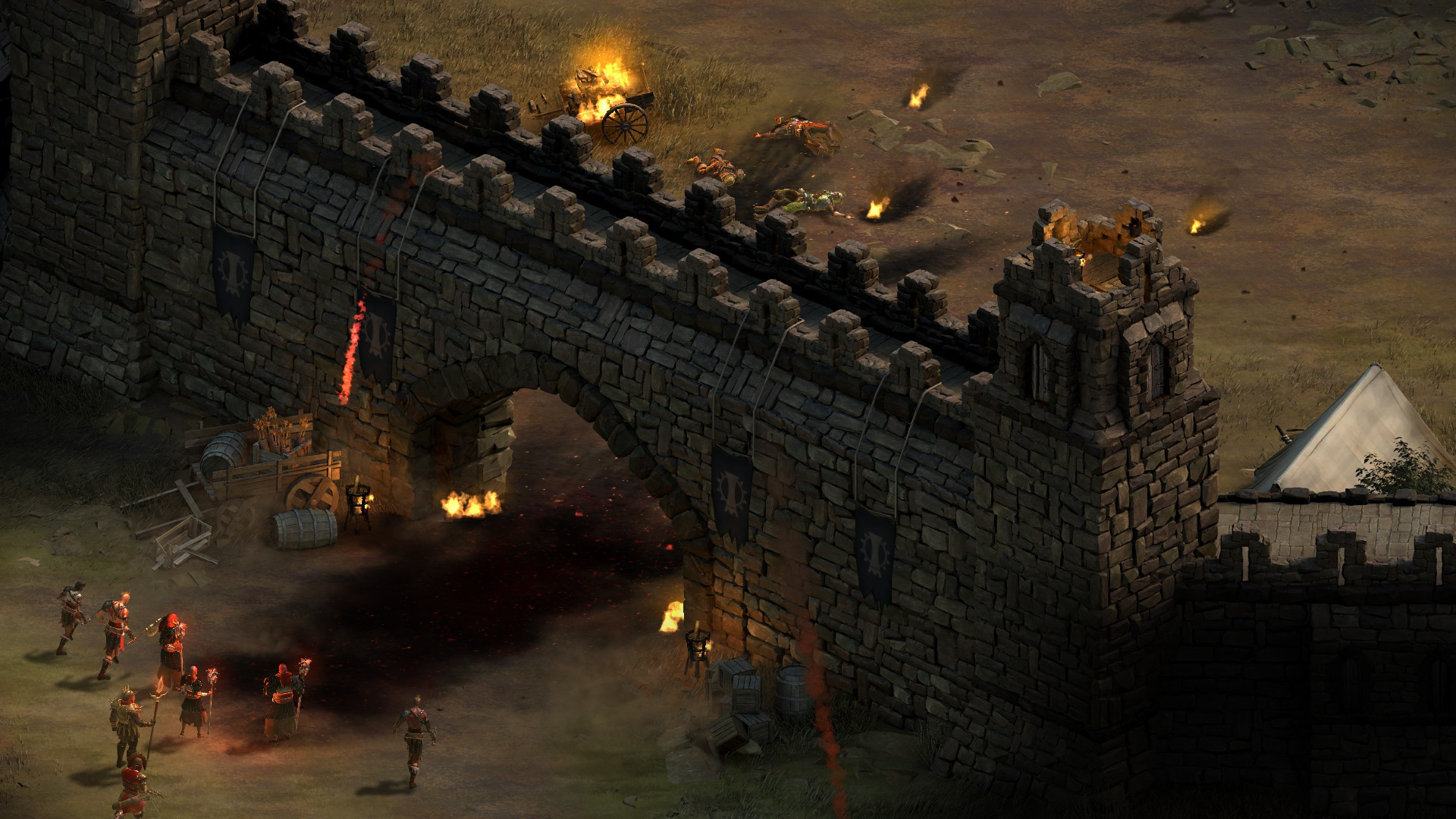 In games where player freedom is revered like a god, it’s tough to say exactly how much agency the player has over proceedings. The Telltale games famously blanket their games in superficial choices that make the player feel important without damaging the narrative they’ve carefully laid out. in Tyranny, it’s tough to say how much of this still remains true, but it really feels like the story is totally and utterly malleable, that the player can wrestle entire strands of plot to their own beck and call. Further play throughs of the game will be the ultimate test in this regard, but for now, Tyranny manages to be just as literary as any fantasy novel, as shrouded in secrecy as any good spy thriller and just as entertaining to play as any other western RPG released in the last few years. By working language and literary standards into game mechanics themselves, Obsidian have managed to hold the attention of players by sheer force of the written word alone. For that, they deserve the accolades placed upon them.